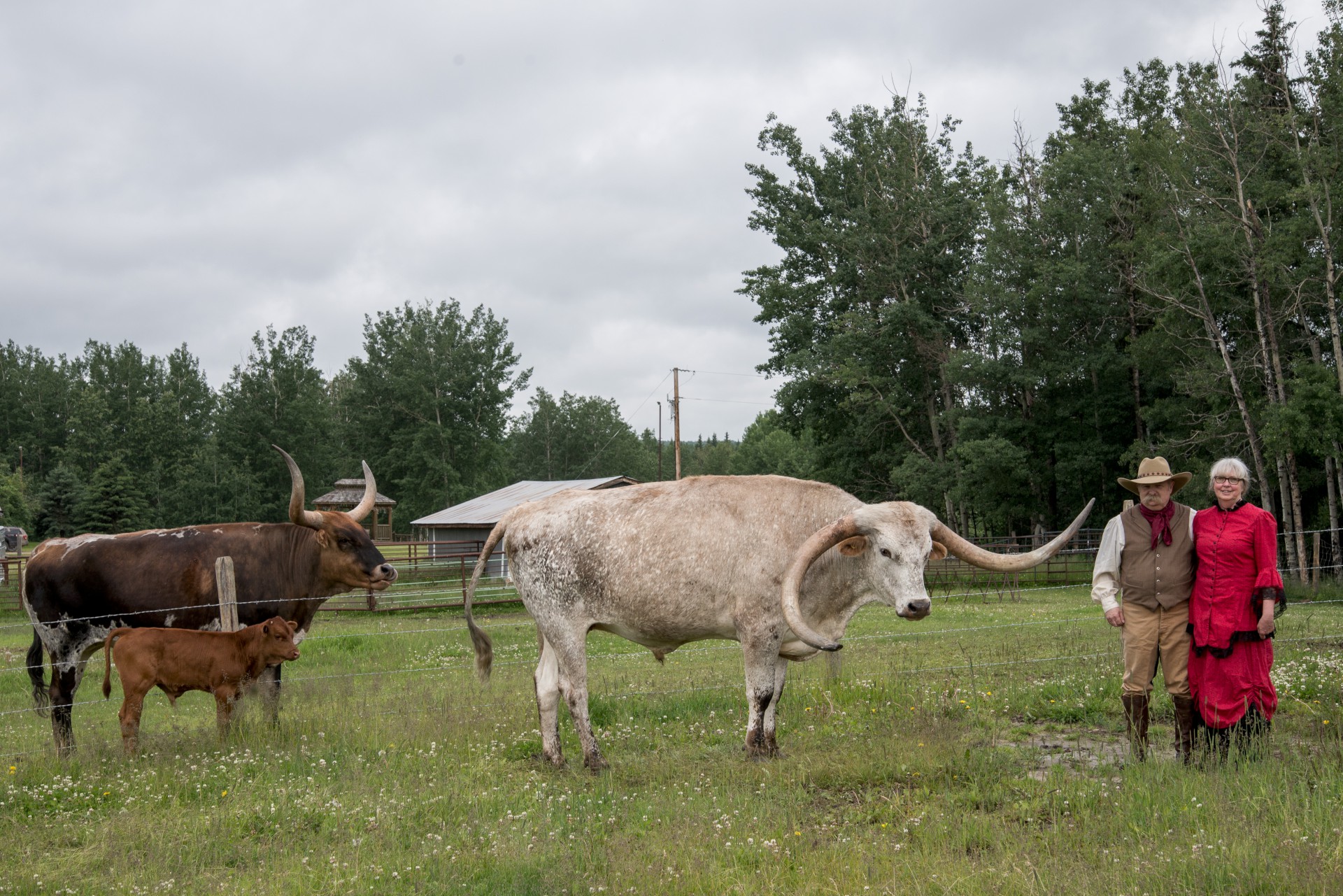 Kevin Rowland always knew he wanted to be a cowboy. As a kid, growing up in Halkirk, Alberta, he spent as much time as he could out at the farm with his cousins, riding and driving horses, caring for the livestock, and learning about farming and ranching. He even got to spend time on a wagon train one summer, helping care for the livestock.

Through high school Kevin worked at the local hotel, as a busboy and a baker, in the kitchen. After high school he attended culinary school at SAIT to become a certified Red Seal chef. After finishing school, he returned to Central Alberta, working in the bakery at the IGA. There was a cake decorator at IGA named Mary, and as they say, the rest is history.

Kevin and Mary got married in 1978, and immediately flew to Germany to work in a small gasthaus in Lorrach. It was a challenging experience being in a brand new country with a new language as newlyweds, but it was also rewarding. When they returned to Canada Mary attended Red Deer College for accounting. Together they started a catering business and purchased their first home.

The catering business was successful, but they didn’t feel like it was truly their calling in life. At heart, Kevin still wanted to be a cowboy, and he started collecting old buggies, wagons, and cutters, and bought a raw piece of land near Buck Lake, Alberta. When the economy started to take a nose dive Kevin and Mary realized it was time for a new career direction.

In 1982 they headed to Didsbury where Kevin began attending Mountain View Bible College (now known as Rocky Mountain College in Calgary, Alberta). In the challenging years leading up to 1982, Kevin and Mary had felt called back to the church. Through the Bible College Kevin became involved with, and worked in prison ministry for several years.

After moving on from prison ministry, Kevin worked in the kitchen at the hospital in Innisfail, and later managed the BlueBird Diner in Innisfail for a few years 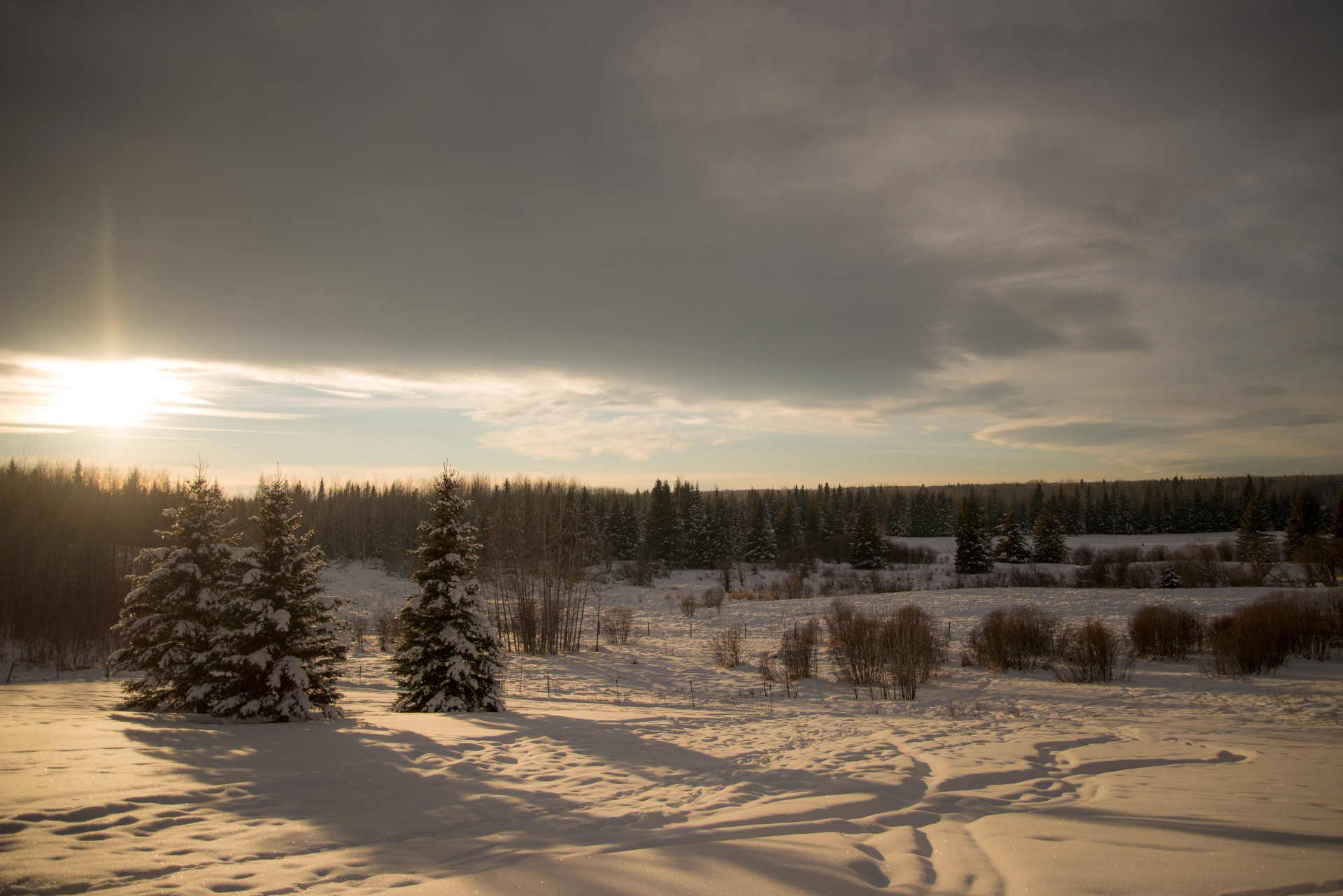 From Innisfail, Kevin, Mary, their children, and an assortment of critters, moved to 3-quarter sections of raw land near Chetwynd, BC, in 1992. Living there was quite the adventure, with no running water for the first 8 years! They made some great friends, and Kevin spent a few years going back and forth to Edmonton, helping to set up and run the kitchen at Hope Mission in Edmonton. Near Chetwynd they helped organize an annual Christian Cowboy Weekend at Camp Sagitowa.

In 2002, Kevin and Mary rounded up their family, and assorted critters, and headed back to Alberta. This time they moved to Entwistle, to help Hope Mission set up and run the new summer camp they had acquired. 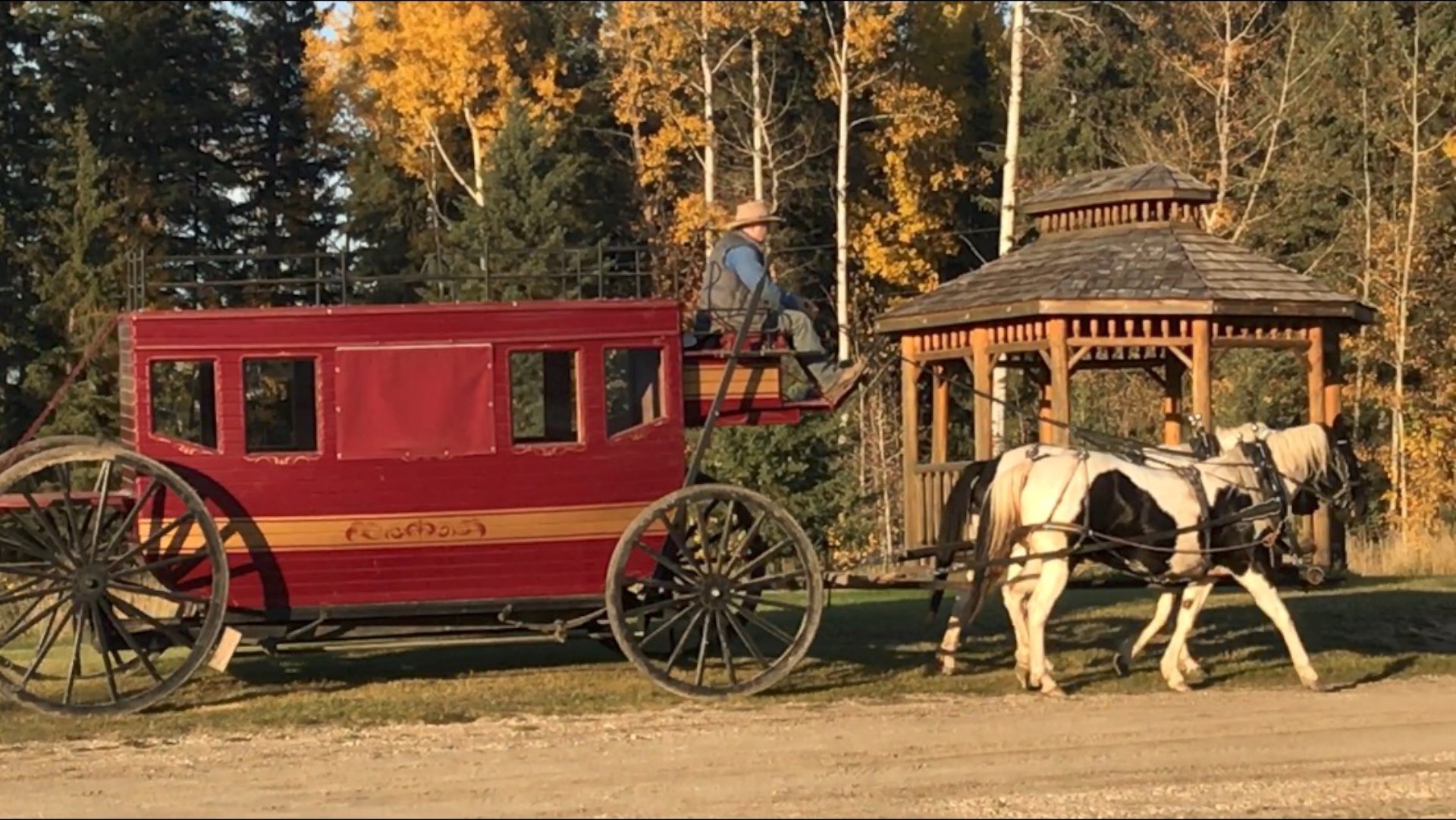 In 2003 Kevin and Mary decided it was time to set down some roots and get back to that lifelong cowboy dream. They moved to Alder Flats, Alberta, and with the help of friends found a place to live and places to keep their animals. In 2006 they were able to purchase the land that they’ve now developed into a beautiful guest ranch, Ponderosa City, complete with a wild west main street, spacious banquet hall, beautiful country views, and welcoming atmosphere.

Kevin and Mary maintain a small herd of Longhorn cattle, horses, and feature a collection of horse-drawn implements, including a classic Stagecoach that can seat 12 people.

They also put on a number of events every year, well attended by visitors from far and wide, like Cowboy Church, the annual Live Nativity re-enactment, Wild West Shows, and regular cowboy dinners featuring locally sourced ingredients wherever possible. 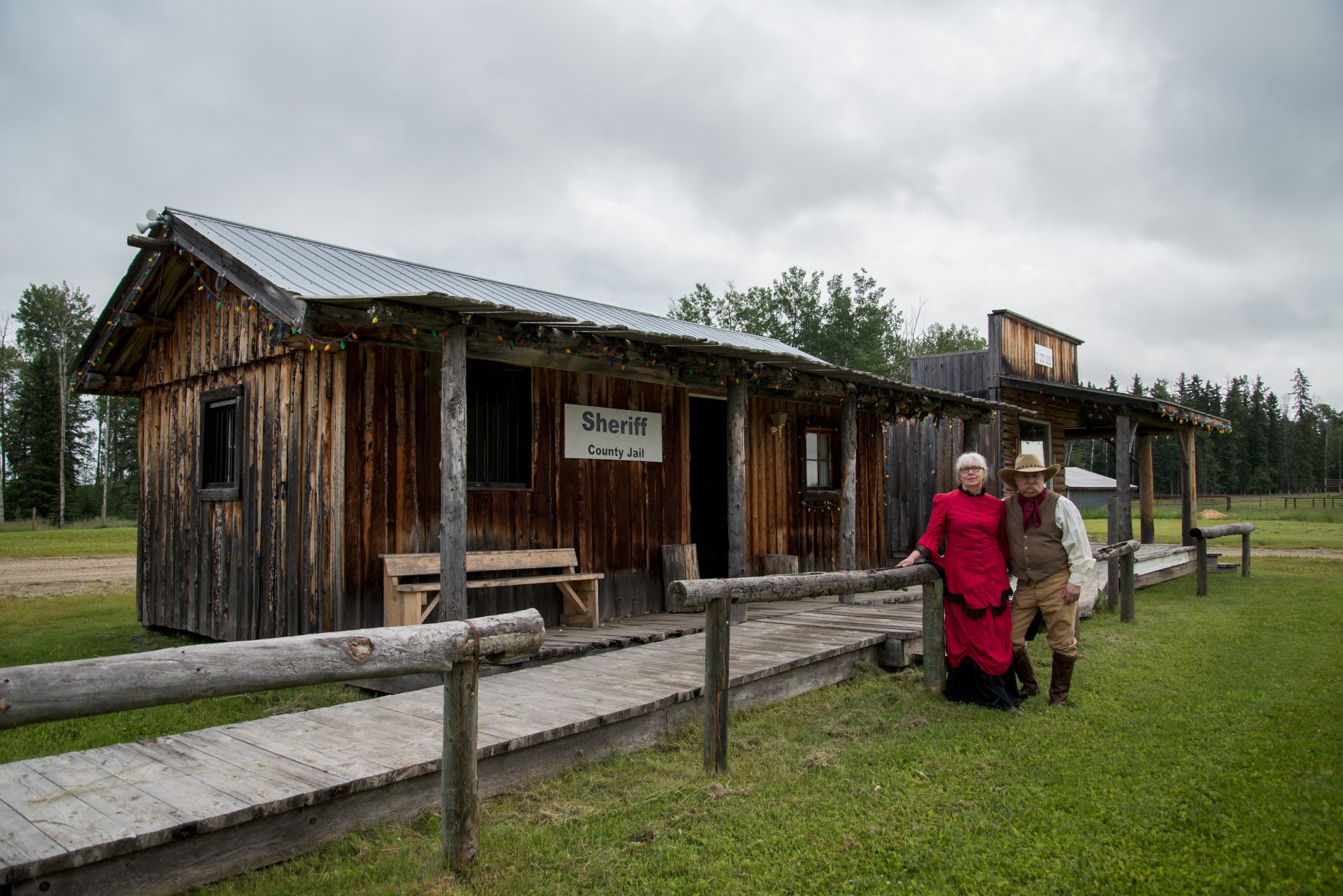